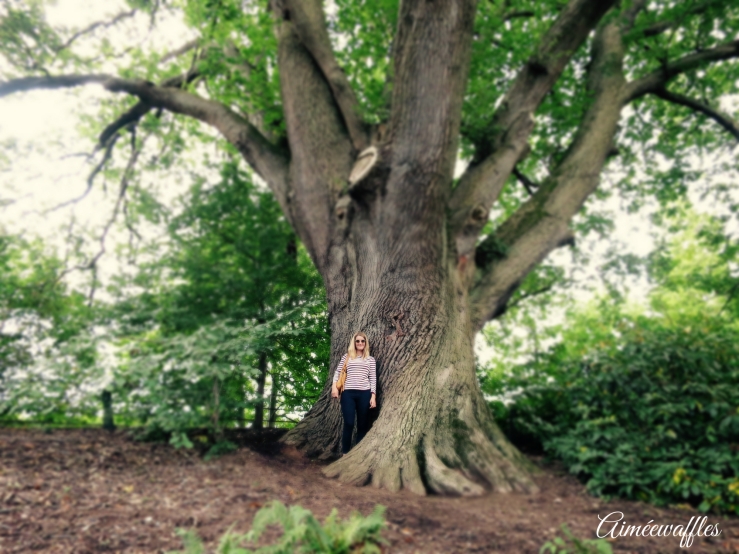 //I’ve had the best weekend guys in what feels like ages. It is so nice to enjoy quality time with my other half that doesn’t involve sitting on the sofa bingeing on Netflix (let’s face it, we all do it!). After work on Saturday Ezra took me out to Birmingham to play crazy golf, (as in our minds we’re still children) and then he treated me to meal in a tapas bar, was lush BUT the photographs I took for it were pants.

However, Sunday was the best! It is crazy how oblivious to places that are literally on our door step. Ezra and I ended up visiting an English heritage property called Whitley Court which is 10minutes from Worcester city centre. I’d heard good things, and it seemed like our kind of place and it certainly was! It’s on the same road as my University and I was absolutely clueless, can’t wait to visit it back in the new academic year and get my revision underway (cough cough not the revision side).
There was so much to do there which included woodland walks, lakeside walks, ruins, stately gardens, rustic boathouse, the church and a really cute tea room.

//The building is grade I listed and was one of thee grandest buildings of the Midlands but now is an amazing ruin, caused by a fire in 1937 (thanks wikipedia!). Despite the wreckage it was absolutely breath taking. You could still see all the old fireplaces and remains of the wallpaper, every five minutes I would keep going wow, wow, WOW. I just found it so fascinating. 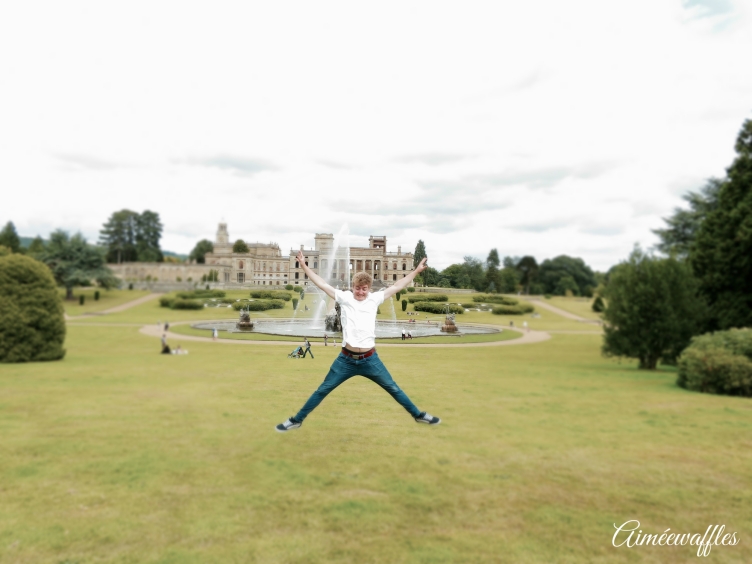 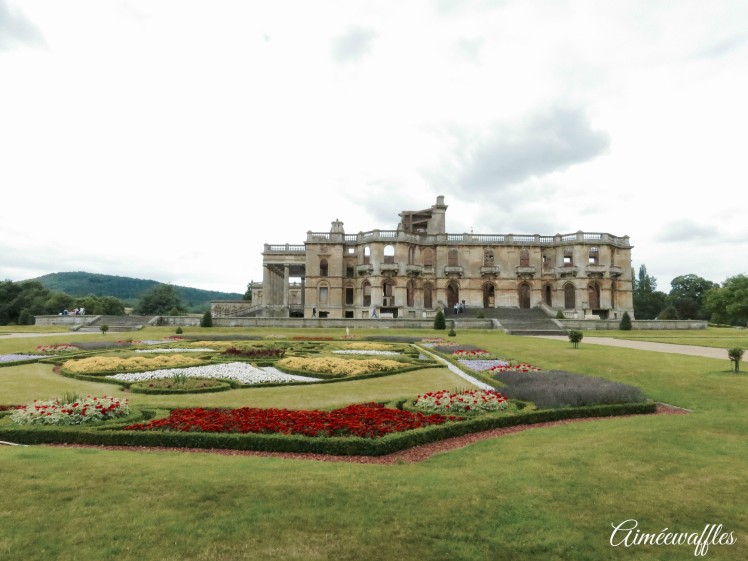 //After exploring the house and gardens for quite sometime, we decided to adventure to see the onsite church. Again absolutely beautiful and personally I find churches quite eerie, I don’t know what it is about them…but I do. Wait till you scroll down and see the inside of it!! 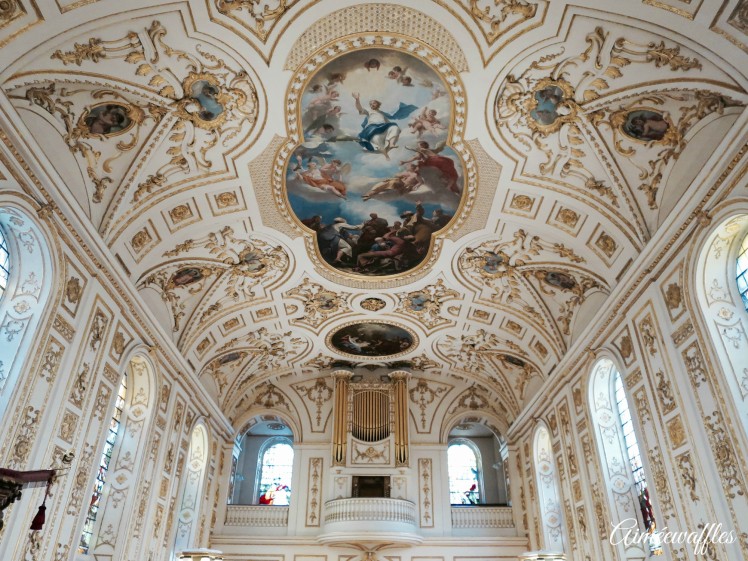 Whoaa…see I told you! Breathtaking. It looked like something that you would see in Rome. It had such a unique atmosphere and there was just so much to absorb. Out of everything Ezra was most interested in the organ, thats the musician in him! 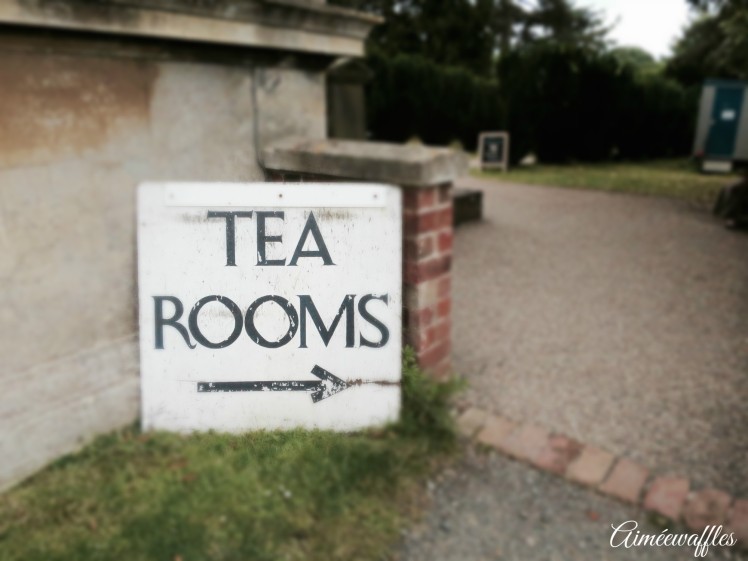 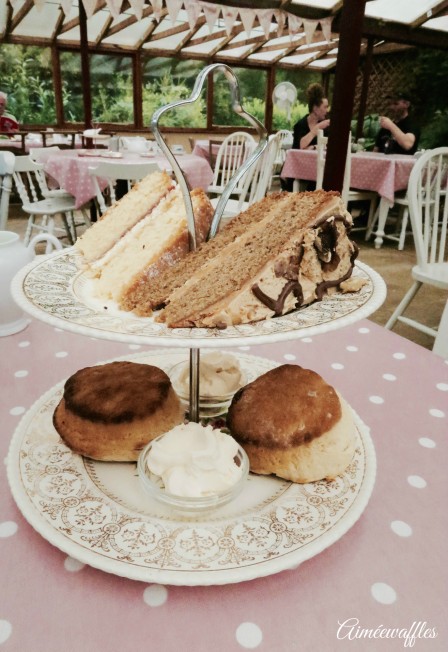 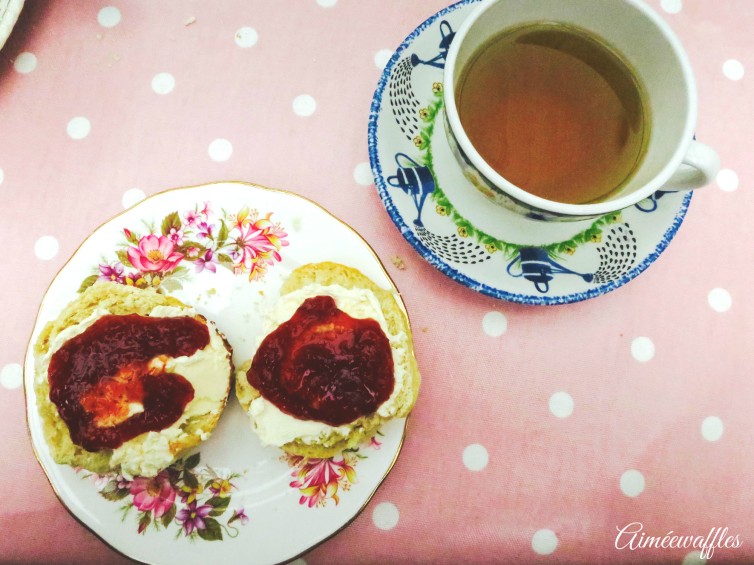 //Even if seeing these kind of treasures don’t interest you I would definitely recommend the tea room. I mean who doesn’t like cake?!?.
£12.50 for a high tea for two, choice of a cake each (Ezra went for victoria sponge and I went for coffee and walnut, had to be done) a scone each with cream and jam and a choice of your own pot of tea. Despite it being lush there were wasps, WASPS everywhere. Ezra and I looked like right wimps flapping around everywhere whereas everyone else was casually ignoring there personal wasps attacks. 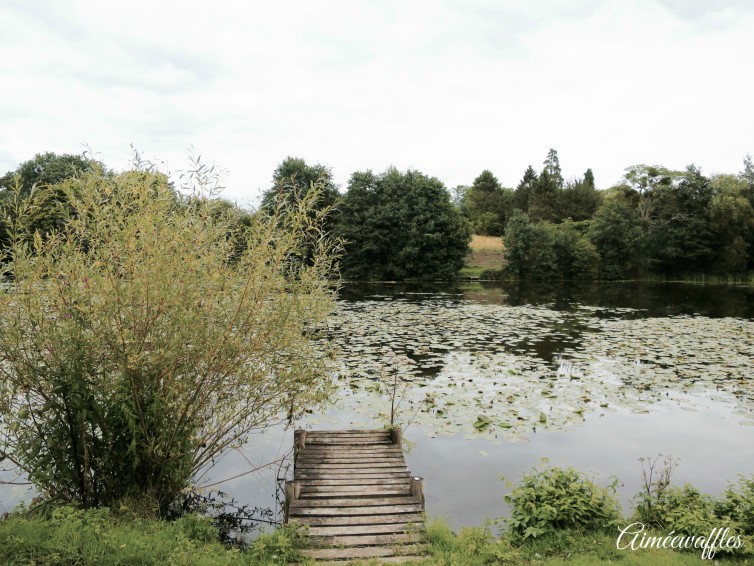 //We had such a fabulous time (think the big grins say it all), I highly recommend it….even if you do just go for the cream tea!

Can’t wait to see where else we can go on our next weekend off!

Have you ever been? Let me know what you thought.
Thanks for reading!

//Song of the day George Ogilvie- Count your blessings.

12 thoughts on “The best weekend.”